ELLEBÌ,
THE GREAT-GRANDFATHER OF THE HUMANITARIAN

A brief History of Italy, from Emigrants to Resistance

A “rediscovered” great-grandfather becomes the pretext to start a journey that goes from the end of the 19th century to 1947. After 70 years, with just a photo in her hand and few other fragmentary information, the protagonist decides to undertake a research on the history of her family. With great surprise, she learns many things about ELLEBÌ, namely Lino Burlini, and the incredible years of the early 21th century: fights for human rights, for human dignity, for cultural growth, in defense of the most vulnerable, for a more just and egalitarian society. The research even reveals an unexpected harmony with this unknown great-grandfather, as well as many analogies with our time and its (dis)values. A meta-story that comes across the greatest personalities of the Italian history and democracy and that teaches us that individual and family memory are precious and they can help the whole community to identify itself in the values of the past.

DOC LIVE SHOW (a multimedia conference) was presented in many Italian cities and at the Festival dei Diritti in Pavia (IT) in 2018.
CHECK ALL THE EVENTS

To organize a Doc Live Show contact us at
info@liberisvincoli.it 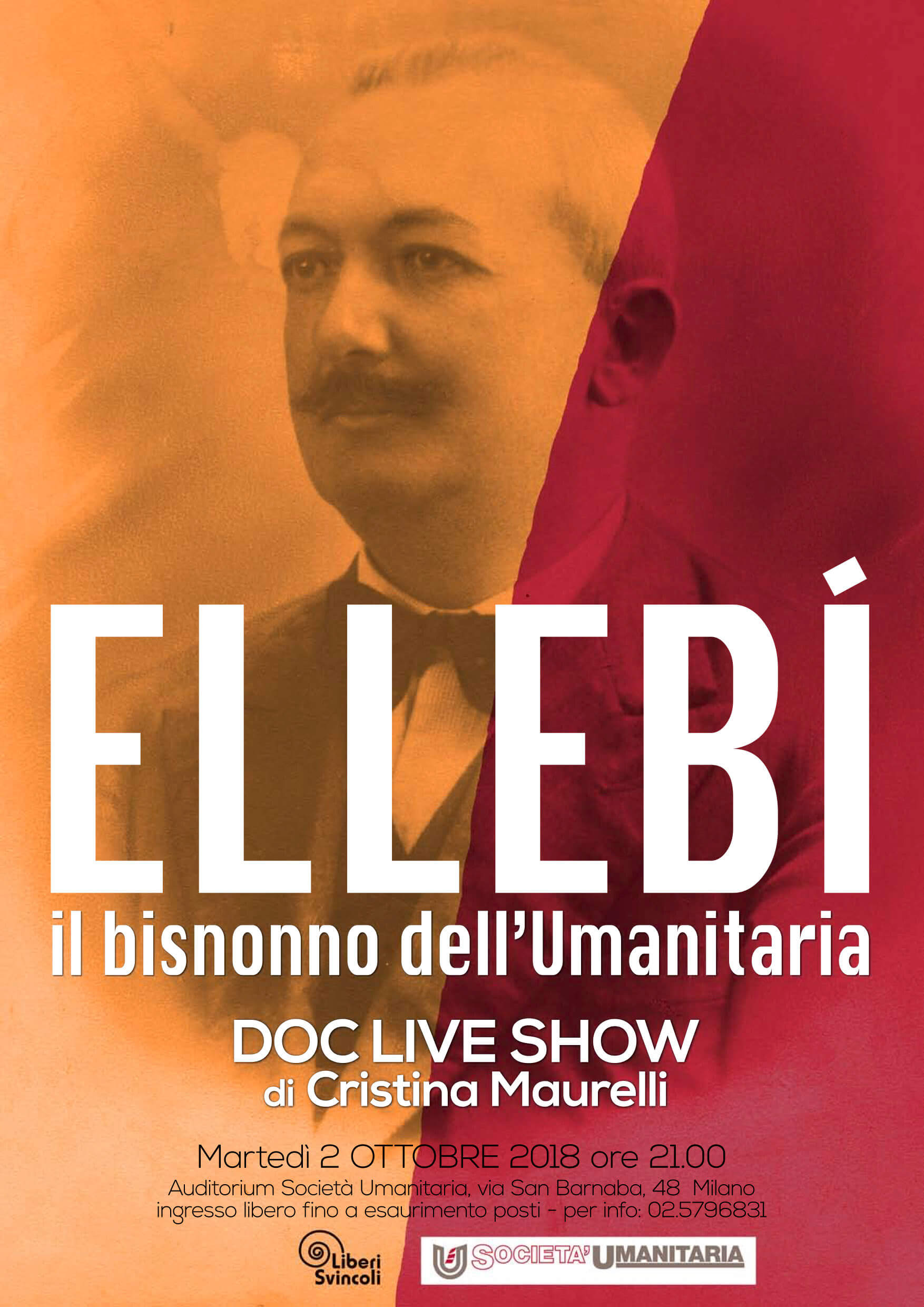 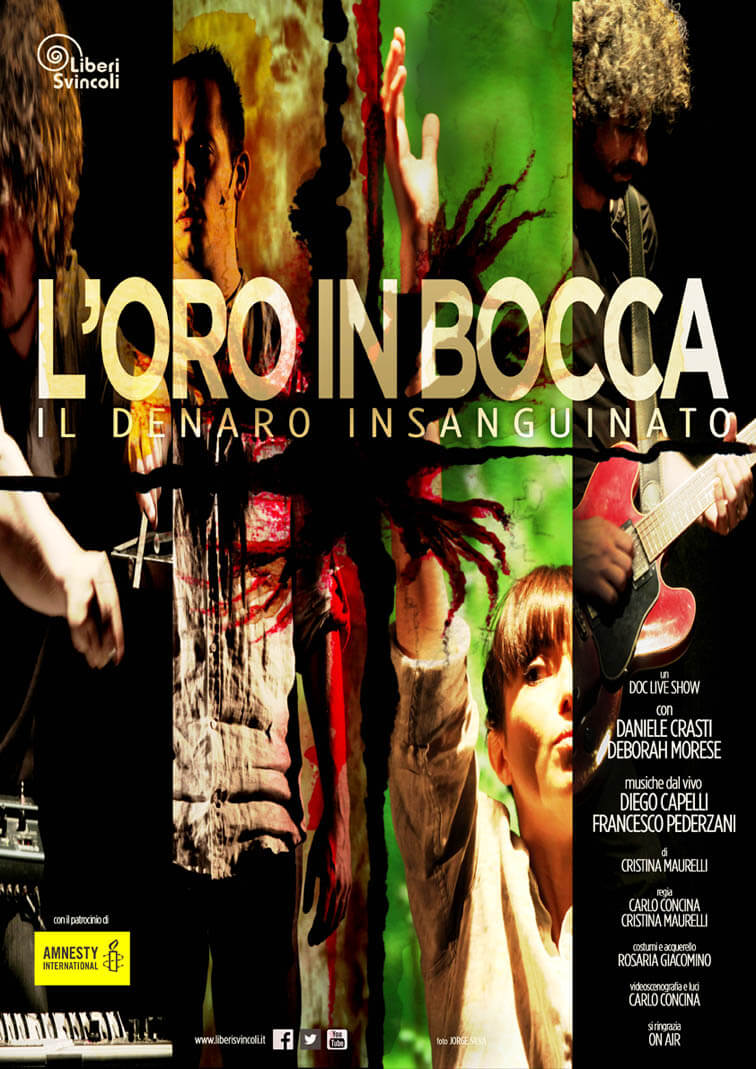 GOLD IN ITS MOUTH

Money moves the world. For better and, more often, for worse

The massacre of Native Americans and the Shoah are just two examples of speculation on human beings and their wealth. Because our economy needs slaves and, even now, it knows how to find them. This show examines the hidden reasons behind the tendency of mankind to prevail over his own kind. Moreover, it shows the choices that men, whether powerful or humble, make in the name of money, ignoring ethics and morals, justice and honesty, exclusively aiming at their own self-interest.

Under the patronage of Amnesty International, the show was included in the “Two Nights for Human Rights” event in Milan with the participation of Banca Etica, Farsi Prossimo, IBVA, CGIL, Coop Lotta, Roma Federation and Sinti Insieme.

To organize a public screening contact us at info@liberisvincoli.it

UGLY RACE TO WHOM?

Prejudices, clichés and other injustices

Who are the migrants? We are, Italian emigrants of a hundred years ago. And they are, immigrants from the East and the South of the world today. United by the same smell of misery and despair. Now as then, condemned by the same contemptuous and violent words of racists people, frightened by diversity and unable to grasp the value of it. Same stories, same suspicions, same political solutions. And when we will no longer distinguish “us” from “them”, maybe we’ll be able to let go of our prejudices and clichés and only see the colour of humanity. 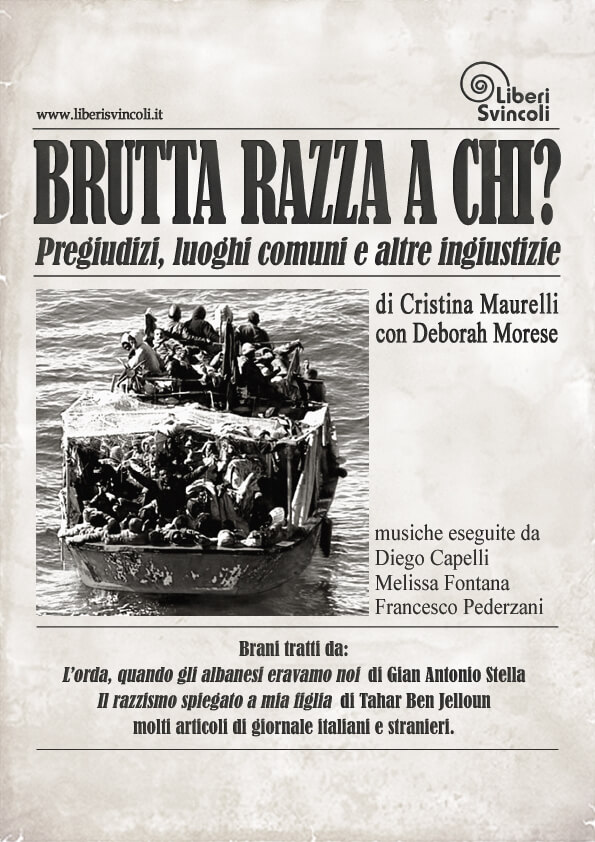 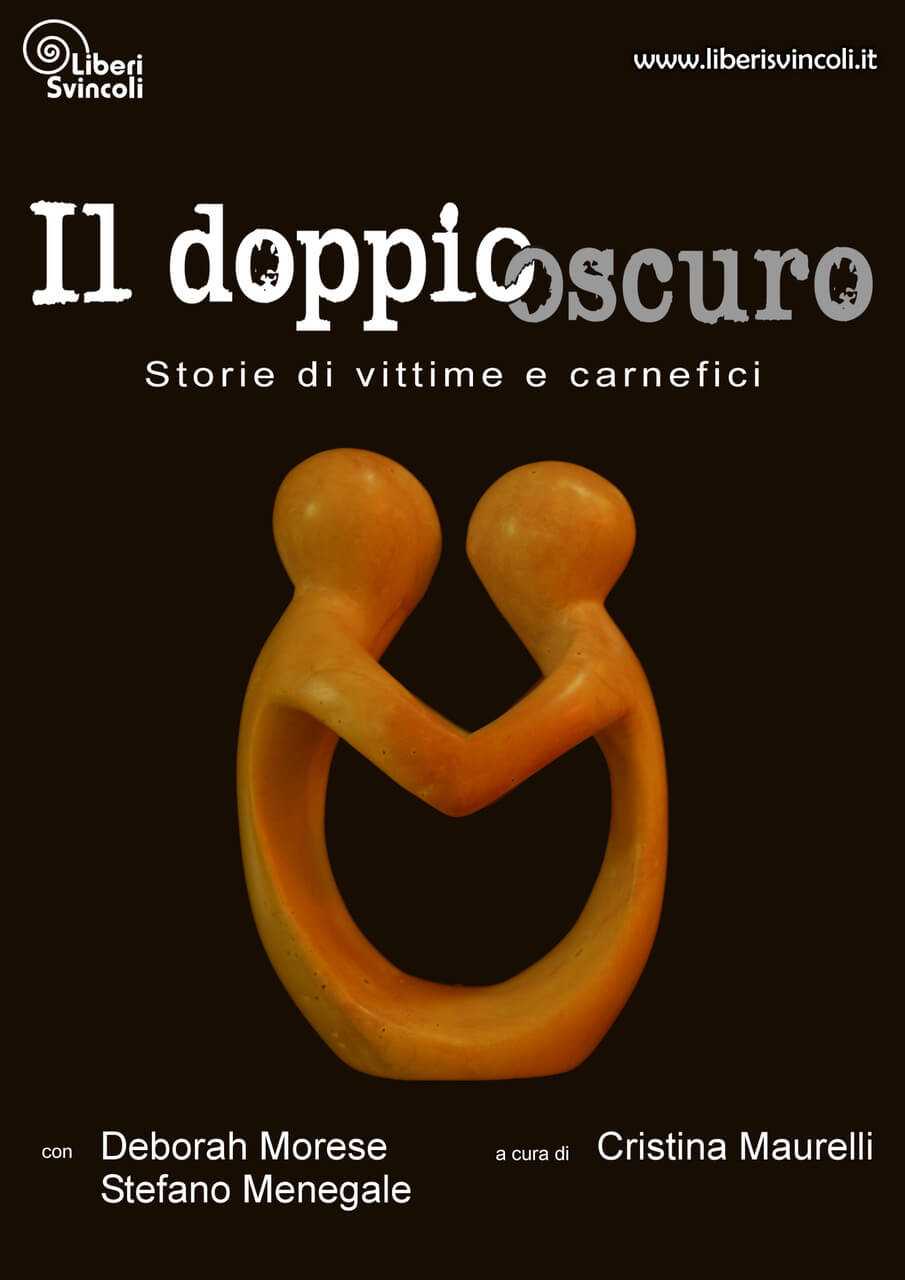 Stories of victims and perpetrators

History’s greatest wars and conquests have made way for the civil war. Brothers against brothers. Generations of hate. Suddenly a “normal” man turns into a murderer, a tranquil woman into a perpetrator. Their confrontation brings new victims and new perpetrators, and it often reverses roles. Is there a possibility of getting to live together again?

Three women tell us about…

Gender inequalities, domestic violence, infibulation and other tragedies that still happen to women in the third millennium.
Readings on the female universe taken from testimonies, novels and autobiographies in order to reflect, maybe to be move and hopefully to confront each other.
Not for women only.

Reading for voice and music 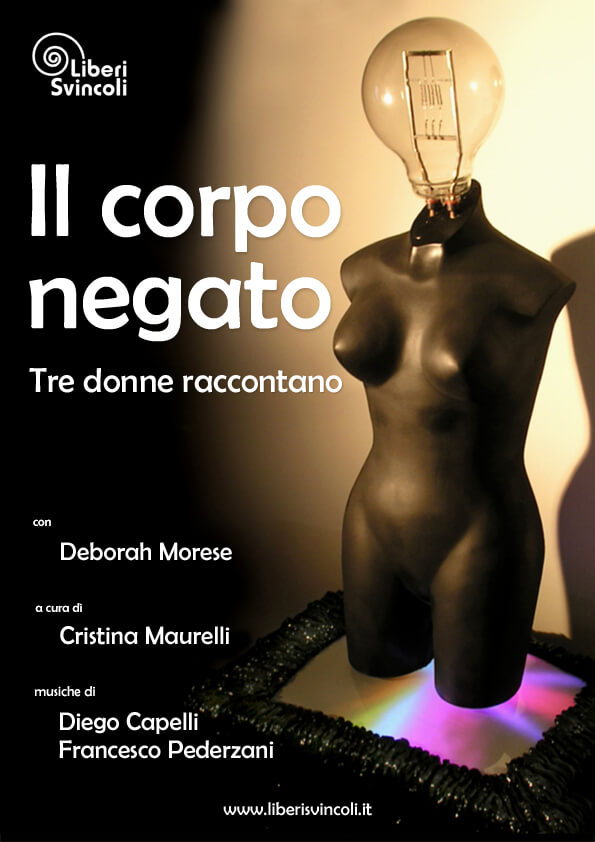 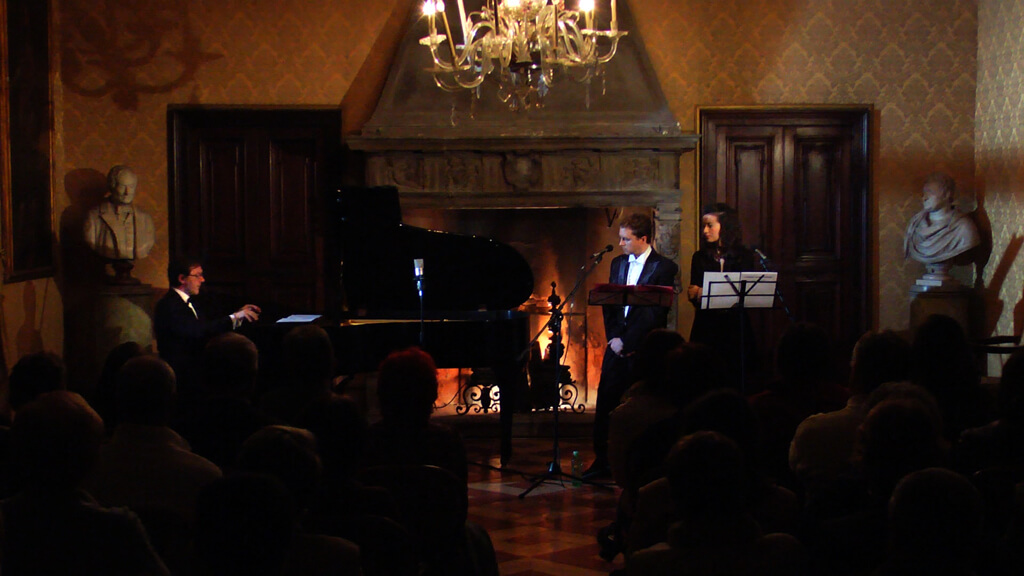 A journey into the heart of the romantic 19th century through Chopin’s letters and his solo piano music. Paris is where great loves are born: the love of George Sand for Alfred De Musset and for Chopin, who will follow her to the exotic Majorca in search of rest and inspiration.

AN APPLE AND A GLASS OF WATER

A powerful and intense short monologue, to show the complex psychological condition of those who live with anorexia. To prevent and to encourage to seek opt for treatment. 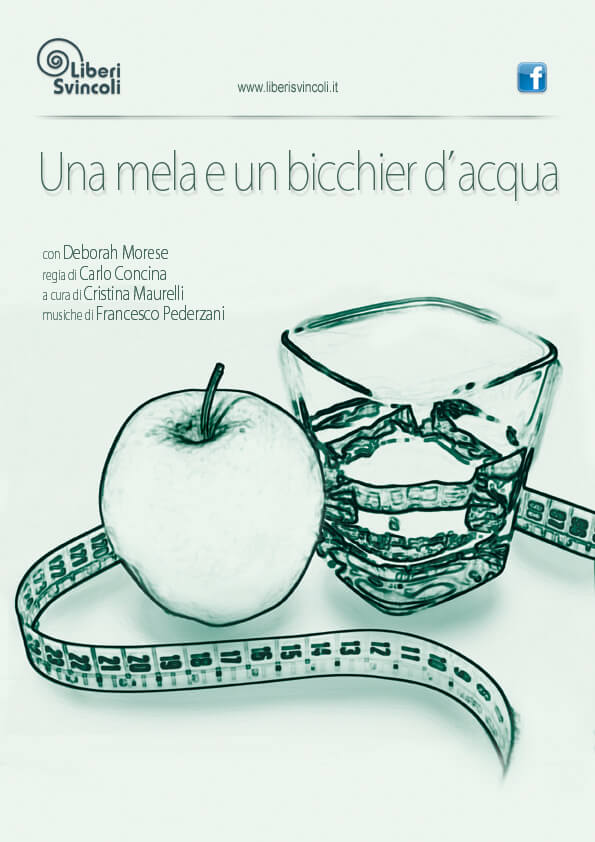 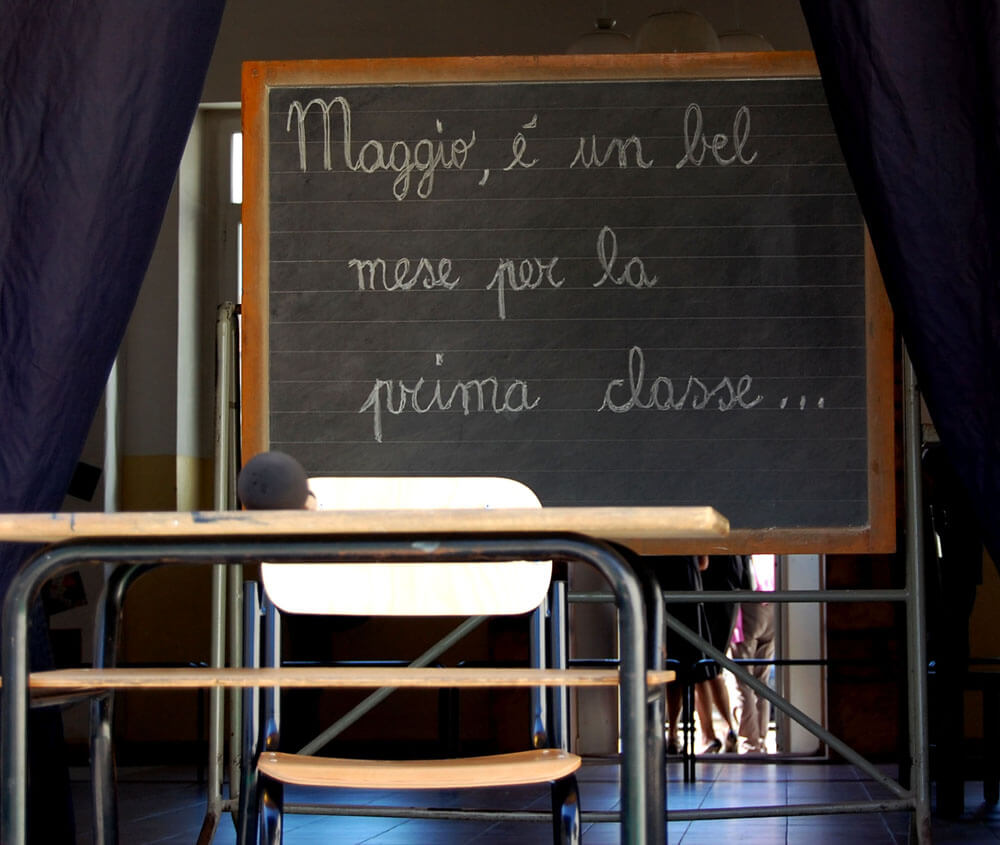 MAY IS A GOOD MONTH FOR FIRST CLASS

Readings taken from the old school registers (1928-1946) found in the Alessandro Manzoni Elementary School in Parabiago (IT). Through the words of the teachers we rediscover the school of the past and a bit of Italian history.

The show was realized for the Didactic Direction of Parabiago to mark the publication of the book of the same name by Caggio, De Polo, Gottardi.

THE RECIPE FOR HAPPINESS

Travelling the world through different kitchens

A show for children to discover all the different cultures of our Planet, through the art of cooking of each country. Among falafel and chicken curry, Chinese ravioli and tacos, making friends can become really easy. 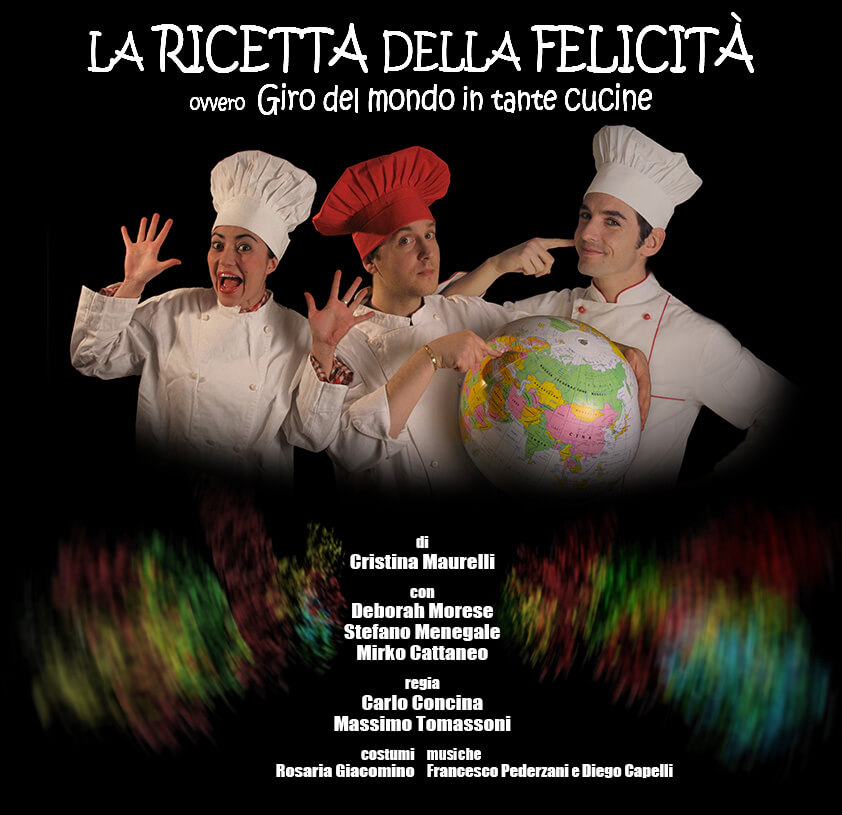 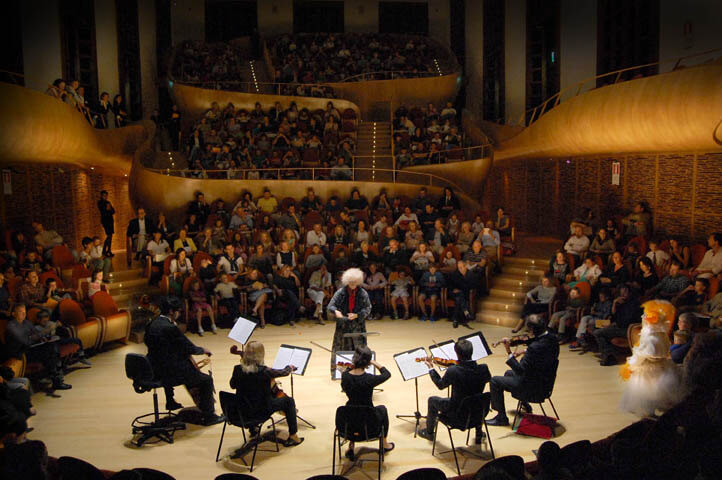 RINA THE GOOSE AND HER JOURNEY TO DISCOVER MUSIC

A musical for children to bring them to listen live to important pieces of classical music in a cheerful and funny way. Rina is the protagonist of the show, she is a goose who takes a magical journey through the history of music together with the children and the orchestra on stage. With the help of some of the greatest composers, the true stars of the show, she gets the audience to listen live to some immortal and famous songs.

The show was presented at the Violin Museum during the Stradivari Festival of Cremona and it has been on tour in the main Italian theatres.

The adventures of the Rina the Goose are back: this time she is in search of the secrets of music from around the world. Among country songs and Argentinean tangos, blues harmonicas and Chinese flutes, Rina will meet many funny characters around the world. She will discover that every music is a universe full of colours and nuances and that it is linked to its place of origin, to a people and a story and she will finally understand that it is the fusion of its elements that guards its magical secret. 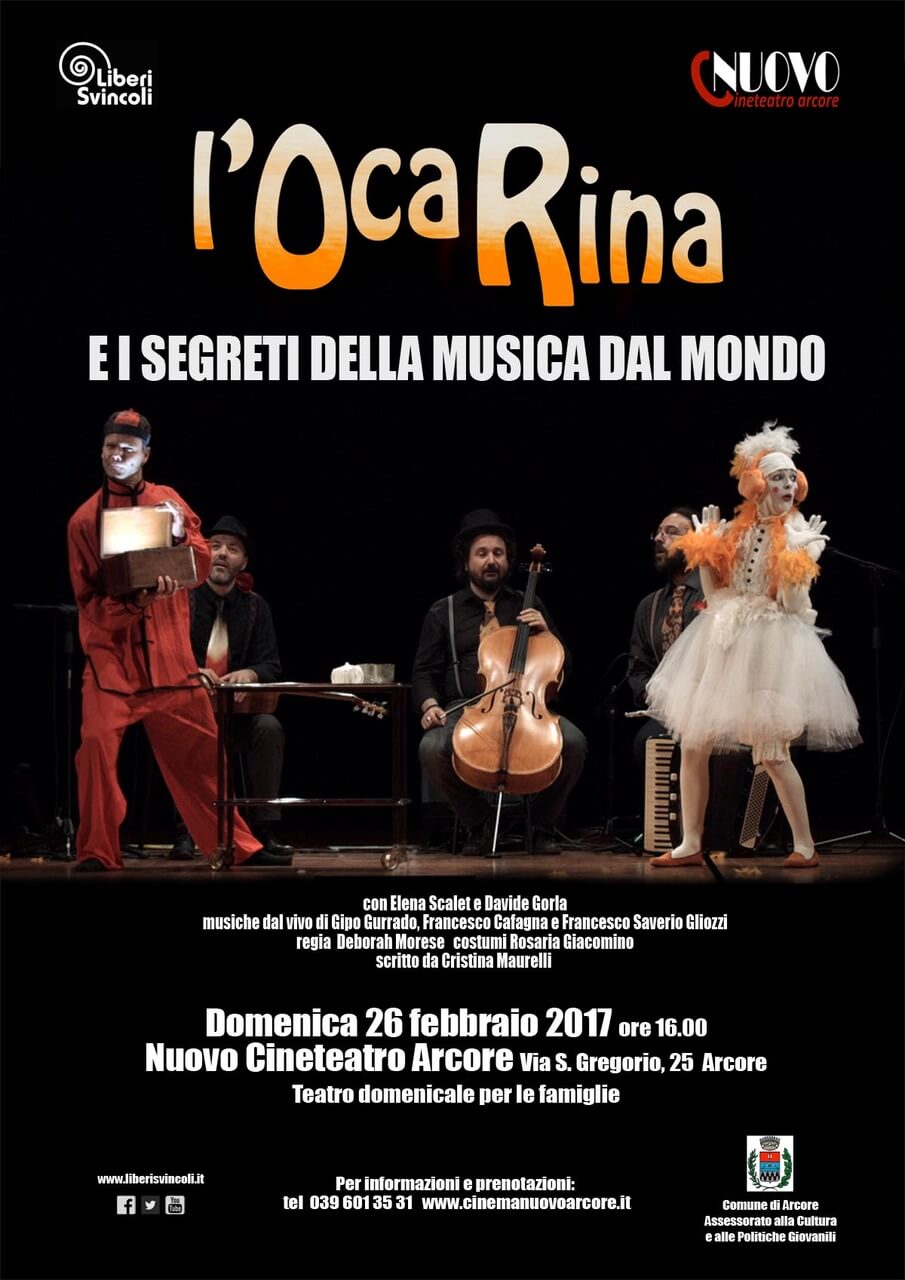